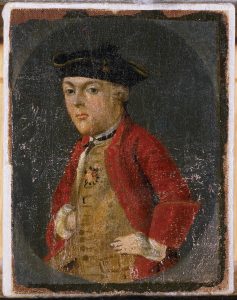 Thomas Sparham was born about 1733. He died on 19 Feb 1813 in Kingston. He was  buried in Kingston’s Lower Burial Ground.  Thomas married Anna Ulrica Benzel, daughter of Adolphus Benzel and Rebecca Tranberg, before 1773 at Crown Point, New York.  They had two children: Thomas Sparham Jr. and a second unnamed child.  More genealogical information on Thomas Sparham and the descendants of Thomas and Anna can be found here

Richard Preston in his book Kingston Before the War of 1812 has a short biography: “Thomas Sparham, Sr., was an Englishman who had been surgeon of the 27th and 60th Regiments. In 1775 he was practising surgery at Crown Point where he had an apothecary’s shop. In 1776, after refusing offers by Gen. Arnold, he joined Carleton at Crown Point and received half pay until a vacancy occurred after which he served the war at Oswegatchie as surgeon’s mate. On Aug. 12, 1784, he was appointed barrack-master at Cataraqui as a result of the resignation of John Ferguson and appears to have acted as hospital mate also (Haldimand MSS, B 64, 414). He settled at Matilda in the East District, but he and his wife, Ann were sponsors in Kingston at the baptism of a grandchild in 1807. His son, Thomas Sparham, Jr., was barrack-master at Carleton Island and settled in Kingston where he was a lieutenant and quartermaster of the militia in 1812. He was promoted captain on Sept. 28, 1816. Thomas Sparham, Jr., married Rosamund Smyth.” (pg 119)

In A.H. Young’s Parish Register of Kingston Upper Canada, 1785-1811 “Thomas Sparham described himself as “a Hospital Mate on the Staff in Canada during the late war” (the American Rebellion), in his petition for land which was considered in Council on July 15, 1795. He had also served, he stated, through the Seven Years War. He was granted 1500 acres in addition to 500 previously given to him at the reduction on the making of peace (U. C. Land and State Book A. P 270). In the Quebec Land Book (Upper Canada) he is referred to, on July 29, 1791, as Barrack Master as well at Hospital Mate, in a Report on the Minutes of the Land Board of Mecklenburg. Land being more difficult to obtain before the division of the Province of Quebec than it afterwards was, he was declared “not entitled under these Orders in Council to be placed on a parity with subalterns of the 84th Regiment”-the Royal Highland Emigrants.” (pg 162)

Listed as “Dr.” in the burial register.