About The Burial Ground 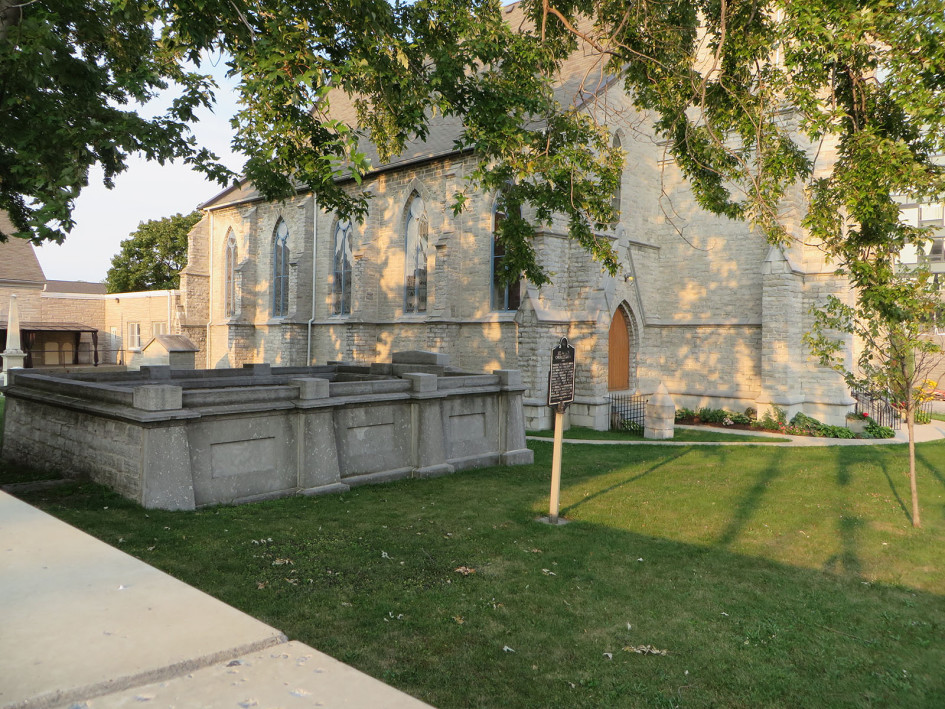 The Lower Burial Ground at Queen and Montreal Streets, was laid out in 1783 in anticipation of the arrival of Loyalists at Cataraqui after the American Revolution. St. Paul’s Anglican Church was built on the burial ground in 1845. Legally owned by the Anglican Diocese of Ontario, it is the earliest consecrated Protestant cemetery west of Montreal. Many early citizens of Kingston are buried here, including prominent and ordinary people, along with black slaves brought by the Loyalists, and sailors of the Lakes. In the middle of the city of Kingston, it is a unique cemetery containing fine stone monuments such as the Forsyth, the Cartwright, and the Stuart Lair. Unique in North America, the Lair (enclosure) is the burial place for the Rev. Dr. John Stuart, his son Archdeacon George Okill Stuart and their families.

According to the 1790 Vestry Minutes of St. George’s Church, the area was fenced in that year by pointed vertical boards at a cost of £6 18s.  These were replaced on three sides by a drystone wall in 1800-1808. Pollution, weather, and increasing vehicular traffic gradually wore down the wall thus requiring repair. Removal of the west wall on Queen Street led to the moving of grave stones away from their original location near the wall towards the 1872 Hall. Fallen monuments were encased in concrete on the ground. Of the original walls, only the one on Montreal Street remains, now fully restored.

Over the years, many other monuments have been damaged and the cemetery fell into neglect. In 2008, St. Paul’s Parish Council tasked one of its congregation to look into not only repair of the deteriorated wall but also the monuments. The Lower Burial Ground Restoration Society was incorporated in 2009. The Diocese of Ontario granted the Society a 20-year easement to carry out historical and physical research and repair work. In 2010, Revenue Canada granted a charitable number and the Society undertook a successful local fundraising campaign which over several years brought sufficient public and private donations to restore the wall, the 1813 Forsyth Monument, and the Stuart Lair.

While there are several past surveys of the cemetery, including an important one by Lieut.-Col. Charles E. Long in 1937, it became clear that a new, comprehensive survey would be of value to historians and genealogists. Conservator Alex Gabov demonstrated to the Society a new process for viewing inscriptions on damaged gravestones. He was hired to do a full inventory of the surviving monuments and fragments using Reflectance Transformation Imaging (RTI), a computer-enhanced photographic method for reading the ancient stones. The resulting 238 page report reveals long-forgotten information about people buried in the Lower Burial Ground including their names, birth and death dates where noted, and as much other engraving on the stones as was possible to see given deterioration. 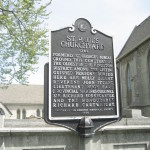 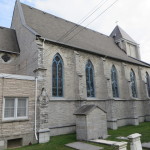 Side view of St. Paul’s 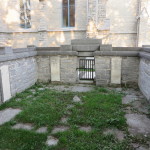 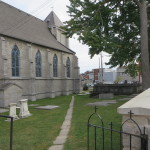 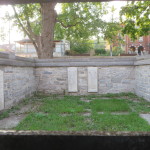 View of Stuart Lair from the entrance 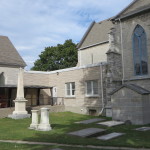 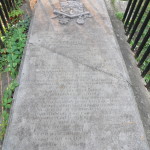 One of many ledger tombstones 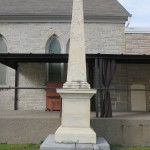 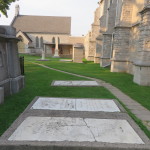 Looking North to the church hall from Stuart Lair 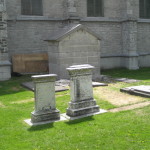 Forsyth Monument adjacent to the church 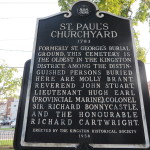 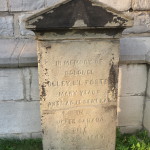 One of many memorial tombstones 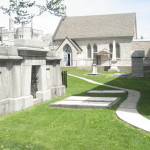 Looking North to Stuart Lair and the church hall 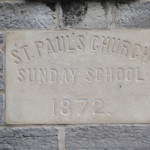 Dedication stone with date of construction, 1872 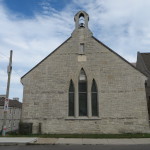 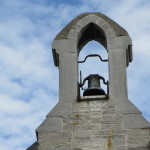 Bell atop the church hall 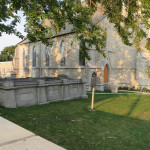 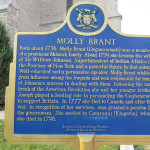 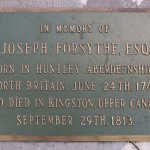 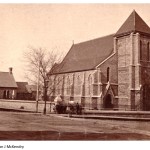 This late 1870s photograph of St. Paul’s Church by photographer Richard W. Barrow shows not only the church but the Sunday School (1872) and the wall on Montreal Street and along Queen Street. (Coll. of J. McKendry) 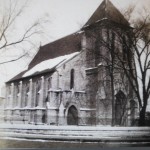 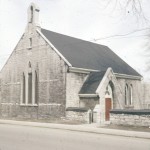 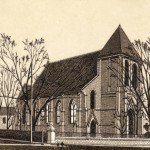 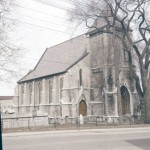 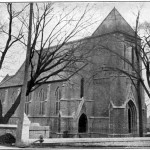 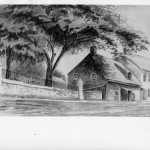 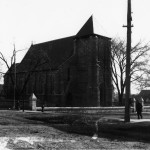 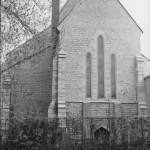