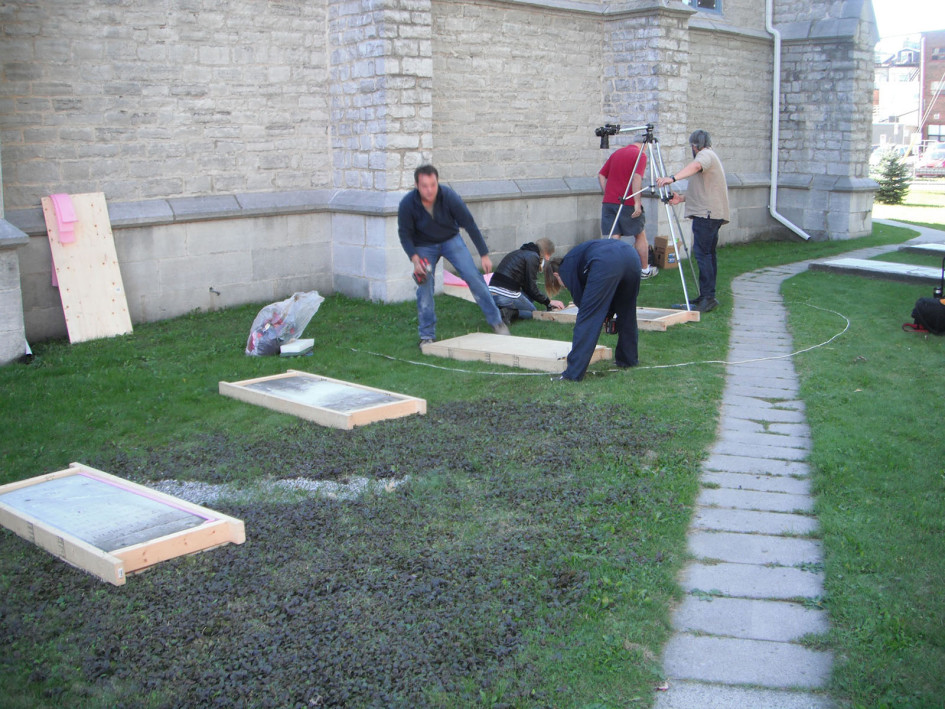 Setting up equipment for the RTI process

RTI is a newer imaging technique that creates virtual three-dimensional digital surrogates that are controlled interactively. This technique is based upon the synthesis of images of an object in a fixed position. All images (approximately 50) are acquired from a single fixed camera position. A light source is repositioned at a constant radius from the subject, and therefore creates a hemisphere of positions. The final processed file determines all possible light positions within the virtual hemisphere, in addition to those in images. The final image initially looks like a flat photograph, but it is actually the documentation of the subject’s surface interaction under the changing light positions.

By moving a mouse (or other pointing device), one can control the light direction, zoom in and out, and select enhancement options that increase sharpness and contrast and even change surface properties. [Reflectance Transformation Imaging: Smithsonian Institution]

To prepare for the RTI, Alex Gabov and his team gently washed the gravestones to remove the surface grime and bio-growth and each one was measured, described, and documented.  The stones were photographed, and after processing, the resulting photos revealed engravings on the gravestones in remarkable detail.  Names, dates, and spelling were noted along with any other inscription or background information about the deceased.  The number of the stone using Long’s mapping numbers was recorded.  Such background information is of important historical interest to genealogists and historians.

Each stone’s physical description was recorded and suggestions for its future care were prioritized in CSMO’s report. 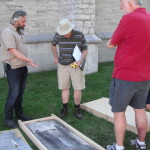 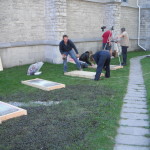 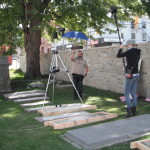 Alex Gabov and assistants at work 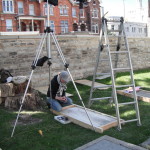 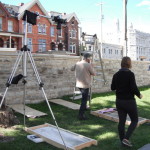